A biolink is a wildlife corridor that connects pockets of native vegetation so wildlife can move easily between areas. In urban areas this might mean smaller patches of vegetation on both public and private land. Wildlife or native fauna can include bird species, mammals like the Southern Brown Bandicoot, Sugar Gliders, monotremes like echidnas, fish, reptiles and our iconic Burrowing Crayfish and Giant Gippsland Earthworm.

The creation of biolinks enables connection between areas of fragmented vegetation to encourage the movement of wildlife, plant pollination, increase the genetic diversity in breeding populations, and ensure the long-term viability of our native plants and animals. 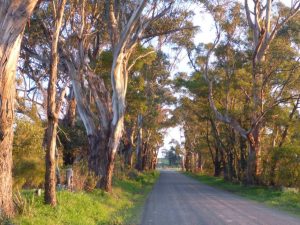 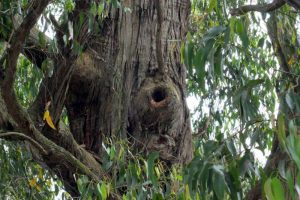 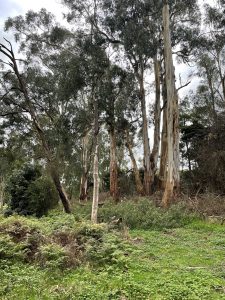 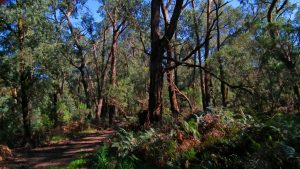 Friends of Drouin’s Trees support the creation of a Biolink Strategy in Baw Baw Shire that notes the endangered species listed below that require habitat connectivity in order to continue to exist.

This would require identification of what does exist through comprehensive mapping and then planning and policies which support the protection of the identified areas.

Cranbourne Gardens are looking at the establishment of secure bio links through new developments. They have successfully eradicated predators within their gardens to protect the Southern Brown Bandicoot but the long-term viability of this isolated bandicoot population requires genetic mixing with other surrounding populations. All of which are being threatened by development. (From ‘Backyards to Biolinks: Royal Botanic Gardens Victoria’s Role in Urban Greening’). 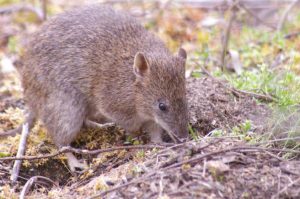 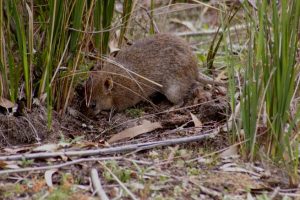 Southern Brown Bandicoot populations are rapidly declining not just in Cranbourne but it would seem also in our local populations. Anecdotally many in Longwarry feel their bandicoot numbers are decreasing as the result of works along the railway line, dog attacks, increased residential development and land clearing along roadsides and property, resulting in loss of habitat.

This link to the www.swifft.net.au list of threatened fauna in Baw Baw Shire provides an overview of all known (including historic) records of fauna in the Baw Baw Shire which are considered threatened under the Victorian FFG Threatened List 2021

Can this be changed? …Yes, but we need to act now.

Firstly, make people aware of what a biolink is and how important it is for the survival of our wildlife. Encourage residents to protect remnant forest and vegetation, and plant natural reserves on and around properties.

Embrace keeping and planting these natural assets so future generations can enjoy the natural wonders they provide.

Most importantly, pressure governments into changing policies and practices of allowing clearing of existing bushland for development.

…And of course, biolinks are not just good for native fauna. If the corridors are wide enough these links can provide connectivity for walking and bike riding as well, achieving not just biological goals but human health and wellbeing goals